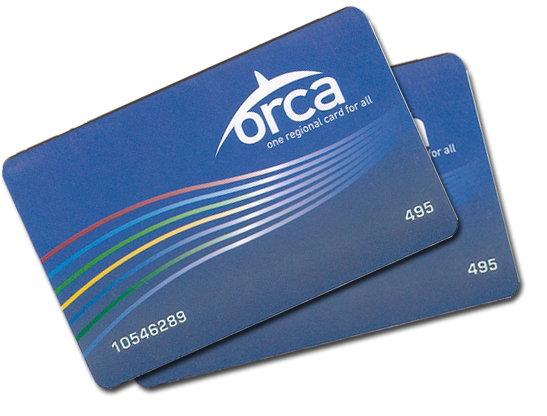 At her second State of the City speech, Mayor Jenny A. Durkan announced the expansion of her ORCA Opportunity program to now include 1,500 low-income Seattle residents.

At the Mayor’s direction, the Seattle Department of Transportation (SDOT) will partner with the Seattle Housing Authority (SHA) and King County Metro to provide unlimited ORCA cards to 1,500 low-income Seattle residents. This partnership will leverage Seattle Transportation Benefit District (STBD) investments to create more affordable transportation choices for our communities.

“To build a city of the future, we must do more to expand access to affordable transit for our most vulnerable neighbors,” said Mayor Durkan. “This expansion of ORCA Opportunity will give 1,500 low-income residents an unlimited passport to Seattle. That means 1,500 more people can access training, school, and good-paying jobs, without having to worry about how they’ll get there.”

“For many individuals, transit means freedom, but for others, especially low-income families, paying for public transit is prohibitive to accessing work, school, childcare, healthcare and social activities,” said Councilmember Mike O’Brien (District 6, Northwest Seattle). “The city’s ORCA Opportunity program expansion means some of our lowest-income families can fully access the benefits of our public transit services, while reducing climate change and traffic, and making Seattle a more equitable place.”

“As a region we are committed to increasing economic opportunity, decreasing housing costs and combating climate change. The single best way to achieve all three of these goals is to increase access to frequent and reliable public transportation. The expansion of the ORCA Opportunity program will reduce barriers so that more families of all incomes can experience the benefits of transit,” said Councilmember Rob Johnson (District 4, Northeast Seattle).

Eligible Seattle residents include low-income property tenants at SHA properties who are at 30 percent or below the area median income. The ORCA Opportunity expansion will initially be a 12-month pilot program. SDOT, King County Metro, and SHA will evaluate the program for potential expansion after one year.

“Everyone deserves access to transit despite financial or other obstacles that might arise from time to time,” said SDOT Director Sam Zimbabwe. “Mayor Durkan and SDOT are committed to creating equitable opportunities to keep Seattleites moving and mobile. Expanding ORCA Opportunity to serve 1,500 low-income residents does just that.”

“The residents who will participate in this pilot are extremely low income, and most cannot afford a car or even the cost of public transportation,” said Seattle Housing Authority Executive Director Andrew Lofton. “This partnership with the Seattle Department of Transportation will be a lifeline for hundreds of people in SHA housing who struggle to get to jobs or job training, medical appointments, a grocery store and other vital services.”

Currently, adults who quality for ORCA LIFT pay $1.50 per trip, which means each adult in the pilot would save up to $648 for unlimited trips for an entire year.