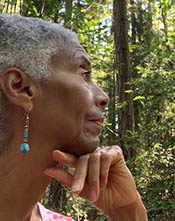 The Board authorizes certain SHA policies and activities and approves the agency’s annual budget. Commissioners are also responsible for selecting and supervising the executive director.

Rita Howard has a long history of acting upon her care and concern about community well-being. As a retired, senior resident of SHA for nearly 10 years, she has been an advocate for seniors and the most vulnerable among us. In addition to her commissioner position Rita volunteers at a local food bank, serves on the board of the MLK Community Center, is an active member of a Seattle church that provides leadership in the Black community and is a volunteer leader in the community garden in her neighborhood. Rita is organized, detail-oriented and an innovative thinker who brings these qualities to her work on the SHA Board of Commissioners.