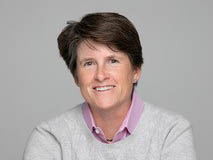 The Board authorizes certain SHA policies and activities and approves the agency’s annual budget. Commissioners are also responsible for selecting and supervising the executive director.

Clark is Director of Regional and Community Relations at the University of Washington. In that role, she connects with neighborhoods surrounding the Seattle campus, local governments and communities all around the region in pursuit of policies and partnerships benefiting students, faculty, staff and communities. Previously, Clark served more than nine years on the Seattle City Council, including as Council President in 2012 and 2013 and Land Use Committee Chair. Clark is a graduate of the University of Washington, with B.A degrees in Spanish and Political Science and a Master of Public Administration from the Daniel J. Evans School of Public Policy & Governance. She is an alumnus of the Harvard Kennedy School of Government’s leadership program for executives in state and local government and was a 2012 Aspen-Rodel Fellow.