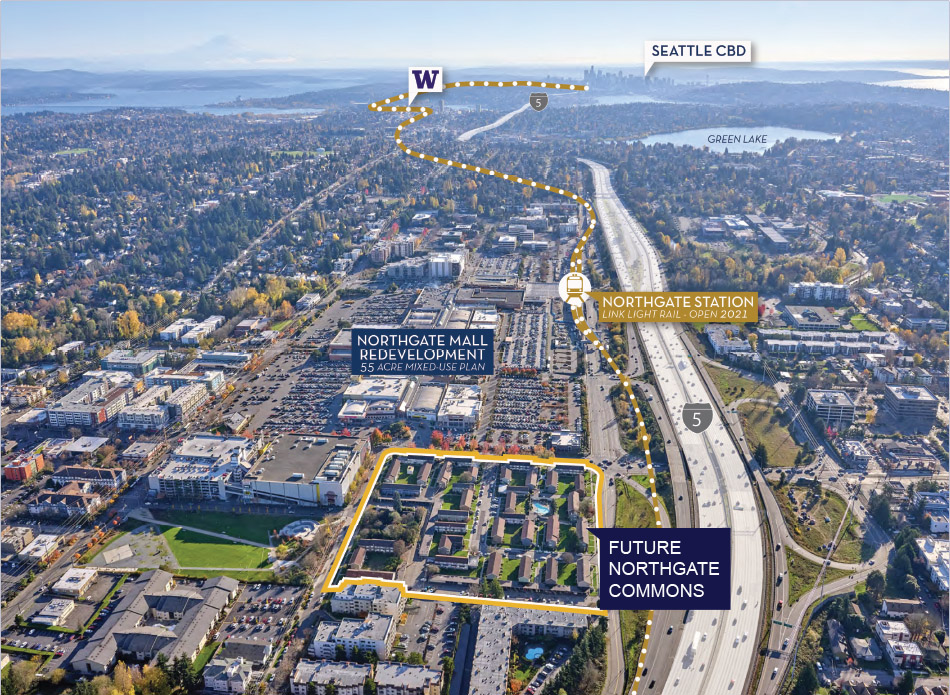 SEATTLE – February 10, 2020 – Today, the Seattle Housing Authority and Seattle Mayor Jenny Durkan announced an intention to partner on a new master plan for the Northgate Apartments, which SHA purchased at the end of 2019. They are located near I-5 just north of Northgate Mall and the Northgate Link Light Rail station, which is slated to open next year.

“We are excited that we were able to act quickly on an opportunity to purchase the Northgate Apartments and preserve 211 units as affordable housing in one of Seattle’s high opportunity, transit-oriented neighborhoods,” said Andrew Lofton, SHA Executive Director. “We look forward to working with the City of Seattle and other partners to ensure we can sustain and expand the site as a long-term investment in affordable housing.”

"Northgate is on the leading edge of equitable growth for our City. This new acquisition and partnership with SHA ensure that we will not lose ground on affordable housing in this high-opportunity community,” said Mayor Durkan. “Over the coming years, we will work with the community on long-term planning for a transformational redevelopment, ensuring Northgate remains affordable for the next generation.”

There are no immediate plans or a timeline for any change at the 8.5-acre site. Existing residents at the Northgate Apartments have been told by SHA that they are not being asked to move in the near future, and that SHA is committed to keeping rents affordable following the purchase, which closed at the end of December.

Today’s announcement of an SHA and City of Seattle partnership kicks off a long-term planning process to secure funding and develop a master plan for a new mixed-use community that will expand affordable housing and include other uses such as community and social services, market-rate housing and businesses.

As with other successful SHA mixed-use and mixed-income communities at High Point, Rainier Vista, NewHolly and Yesler, SHA will depend on public and private investment to build and sustain new affordable housing on the property.

SHA will form the Northgate Commons Alliance, which will serve as a planning group involving city officials and other key partners. The Alliance will engage and inform residents, community leaders, neighborhood organizations, surrounding businesses, local citizens and others.