“I really want to make a difference in small but significant ways.”

Removed from their home when school staff discovered signs of physical abuse during a routine physical examination, Maven was placed into kinship care with relatives around the age of five and into state-run foster care around the age of seven.

Maven reflects on being in the foster care system. “I was on auto-pilot. It’s just one of those things your body does when it goes through trauma. Either it shuts down or it powers through.”

“I was moved to 28 different locations in 13 years,” Maven said of their time in foster care. “I became very adaptable but it’s very weird to become adaptable to such traumatic change.”

Maven said that exiting out of foster care at the age of 18 “started my whole bouncing situation of couch to floor to couch to city to shelter to bridge. And that was my very first entrance into homelessness.”

Maven had started writing as a hobby at the age of seven and continued writing throughout foster care and two years of homelessness.

Maven was nurtured by the Pongo Teen Writing Project, a nonprofit that works with Seattle teens who are in jail, on the streets or in other ways leading difficult lives. It was Pongo’s founder who encouraged Maven to apply for the Seattle Youth Poet Laureate.

“I didn’t have any expectations,” Maven recalls. “And then it was announced I was one of the eight finalists. I made it – that’s all I wanted – I just wanted to make it as a finalist.”  Upon hearing their name called out as the 2016/17 Seattle Youth Poet Laureate winner, it took Maven a moment to process what they had just heard.

The year-long Youth Poet Laureate position gave Maven an opportunity to read poetry and share their voice at community events throughout the region. It also included a book publishing deal.

The majority of Maven’s published poetry collection, Blood Melody, was written while they were homeless and addresses personal pain and social challenges. “I wasn’t expecting the reactions I got from my book,” said Maven. “A lot of people were emotionally moved by it. Mind you I was still homeless at this time, so when all this was over I still went back to a shelter” 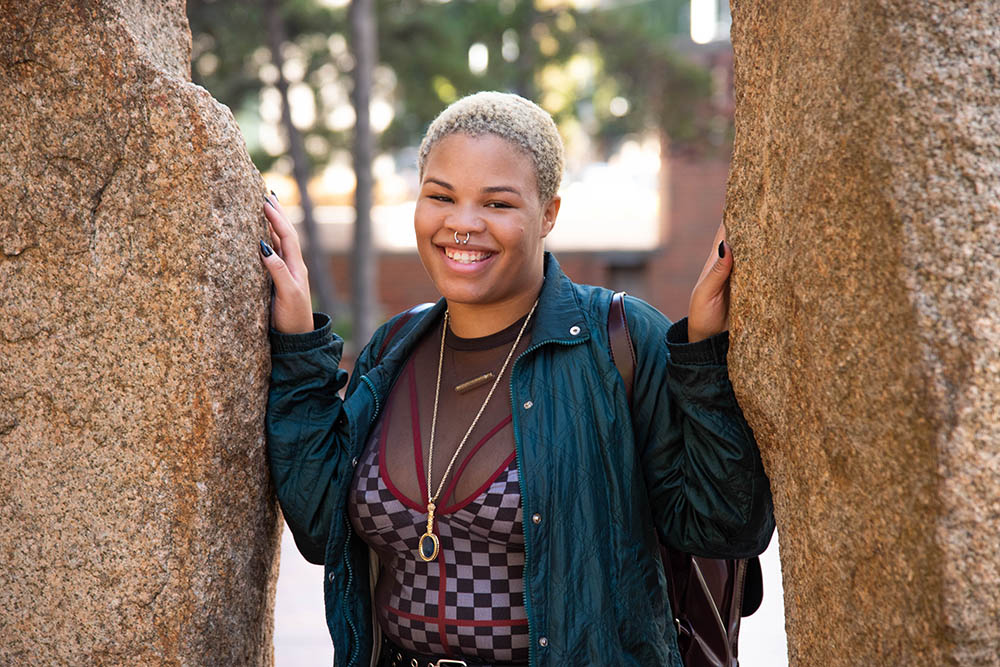 While homeless, Maven maintained employment and applied for various housing programs. “In a place like Seattle, the rent is always raising but the payment for your jobs isn’t,” they said. “It’s very stress inducing.”

“Then I hear that I’ve qualified for the voucher program. I’m getting housing!” Maven said about learning from the Seattle Housing Authority that they qualified for the Family Unification Program, which is designed to prevent family separation due to homelessness and to ease the transition of youth who are no longer eligible for foster care because of their age and may as a result become homeless.

Maven said, “The FUP program was great because I just needed housing and I needed it not to be a transitional place.”

“The publishing deal and the Seattle Youth Poet Laureateship in general was the best thing that ever happened to me. Because without that – that wouldn’t have actually led to any of the opportunities I have today. I got the opportunity to open for Ta-Nehisi Coates at Benaroya Hall for 3,000 people,” said Maven.

Frequently invited to speak publically and to teach writing classes to youth and adults, Maven said, “I’m still working three to four jobs. I’m doing everything I want to do and that’s really fulfilling. I really want to make a difference in small but significant ways.”