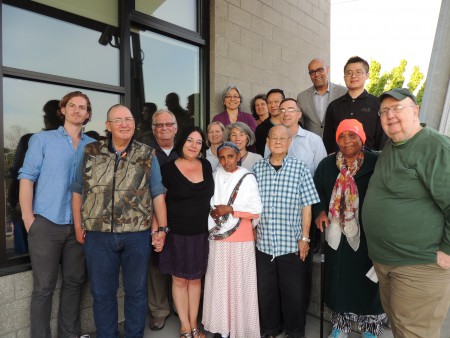 The vision for a new Yesler began taking shape in 2006, when the Seattle Housing Authority (SHA) created a Citizen Review Committee (CRC) comprised of residents, members of the surrounding community and other key stakeholders.

The purpose of the CRC is to make recommendations regarding Yesler redevelopment efforts. One enduring piece of early work from this committee was the creation of guiding principles.

The CRC is made up of diverse participants representing both the immediate neighborhood and stakeholders throughout the city. Resident members were selected by the Yesler Terrace Community Council . Membership categories on the committee include residents, affordable housing and smart growth/sustainability advocates, city agencies and service providers. With much of the planning work completed, the CRC now focuses on sustaining programs that foster connections and enrich the lives of people at Yesler. Current members are:

Interpretation in multiple languages and light refreshments are provided at all CRC meetings, which are open to the public.

Minutes from past meetings: